” . . On hearing gamelan for the first time, some people are struck by the complexity of the relationships between the melody lines of the different instruments … . others focus on the mellifluousness of the sound and the soothing, meditative quality of some of the music. Still others are excited by the multileveled interlockingness of the texture, comparing it to the experience of listening to several, incredibly good jazz solo players improvising together.” -S.Weiss  (see About Gamelan Music) 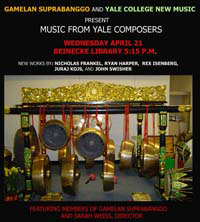 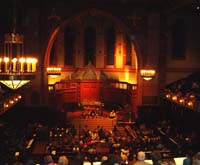 Klenengan - Javanese gamelan music, played in soft and contemplative style, used for listening entertainment rather than for the accompaniment of a dramatic theatrical event.